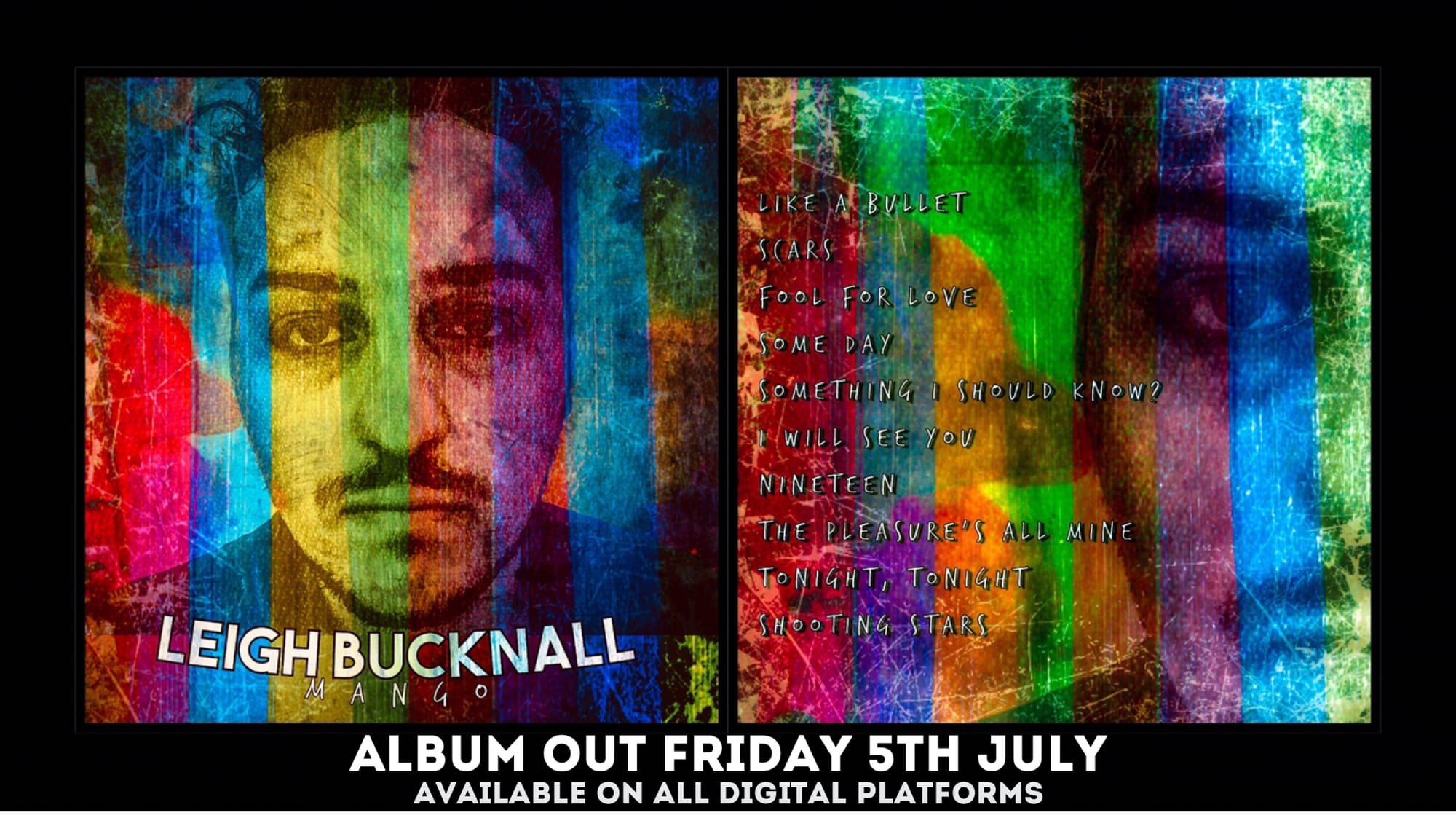 The mantra tells us, if it ain’t broke, don’t fix it…

Wolverhampton musician Leigh Bucknall - front man of former Unsigned column stars Flatline Stereo! - has taken this and run with it.

If it ain't broke, extend it.

Last year his ‘Mango EP’ made it into our end-of-year round-up as one of the best we had heard in 2018. Now, Bucknall has taken it back into his DIY studio where he gets busy recording, producing, singing and playing every instrument you hear and doubled its length into a full album - 'Mango'.

It carries a very tight rock sound, like those big Brit groups of the early-to-mid-90s who graced festival stages and encouraged sing-alongs at the top of your voice while spilling your pint of scrumpy everywhere except in your mouth.

Opening track Like A Bullet holds rockier romps of a lighter nature with a lot of the anger lifted out for a more party anthem feel.

Scars begins sounding like it might be a piano ballad before thumping percussion bursts in to lift the track into a soft rock sphere that allows Leigh to scratch his vocals up a bit and let loose.

And with ‘Fool For Love’ we are taken into the realms of Green Day, particularly the American Idiot era. Things take a more somber tone, without losing the grainy quality to the guitars that keeps it above being a strictly pop song.

There is a bit of aggy attitude to Something I Should Know. Here the main strengths lie in the musical interludes. The chorus melody drops the angst for a second to hit a playful riff that will give live gig goers the chance to stomp around.

Nineteen is perhaps the poppiest on offer with its bravado vocal style punching jovially throughout the melodies provided by guitars and keys. Its bright and uplifting chorus is radio-friendly enough to garner airtime but does well to stop short of becoming an annoyingly saccharine stomach-churner. This is a hard skill!

There are some lovely acoustic moments added to the guitar rock of previous material. I Will See You leads this charge with sweeping verses that show a softer side to Bucknall's vocals.

But it's where he rips forward with his big rock riffs that Bucknall really shines. The funk-fused The Pleasure's All Mine has a big, thwonking undercurrent throughout that is joined by a spiky wall of guitars for the big moments that evoke memories of Royal Blood's 2014 debut record. Wait for the breakdown for the final quarter, it's prime Feeder at their absolute peak.

Those Feeder vibes are reintroduced for the album's finest moment - the incredible Some Day. The way this song builds is masterful, before the growl becomes a roar and we are slapped back and forth between the vocals and riffs for the chorus. It's fantastic.

Album closer Shooting Stars is where we truly get to grips with stadium rock. The chorus is geared to sing-along fans for sure.

The sound holds a very professional feel. It sounds like something Delays would have released at the height of their career, and they had the pop-rock genre down to a tee.

This guy has some talent inside him.